Today, we had an extra early day following the request from Mr Satchwill and Mr Bavington – we were not allowed to be late!

Breakfast was the usual… ‘athlete’s diet’. The senior squad arrived at the lake ready to do 4x2k race pieces. However, Mr Bavington decided to ‘spice up’ our programme by ‘gathering some data’ with a cheeky seat race. It was too spicy for Jess so she had a paddle in a single! During this session, we were greeted by Wimbledon High School arriving.

This was followed by an effective revision session – thank you to the academic staff.

We had rather a dramatic lunchtime due to the betrayal in the points system. Lizzie is now proudly and boastfully winning the competition by eating everything, even every part of the beach! **Apparently this is some sort of food eating competition**

We then went out for session two where the boys were surprised with even more ‘data collection’ whilst the girls went out in three quads to practice their racing starts for the upcoming regatta season.

This was surprisingly eventful as the senior girls decided they wanted to test the limits and stability of the new Hudson by practicing some EXTREME rigger dips at the catch resulting in Miss Bruce pulling some interesting and disapproving facial expressions!

We then had a slightly more interesting revision session, hearing about the some of the senior boys’ academic stories, along with Mr White helping some children with physics.

Love from the senior girls 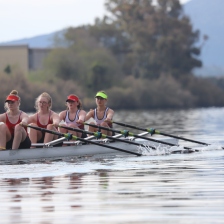 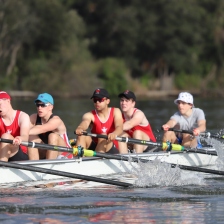 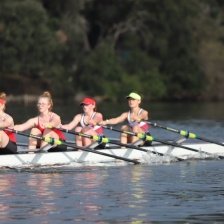 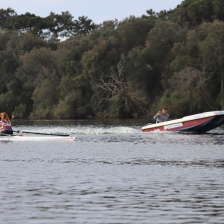 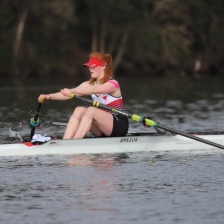 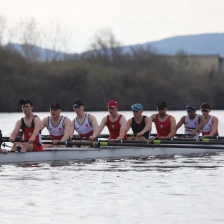